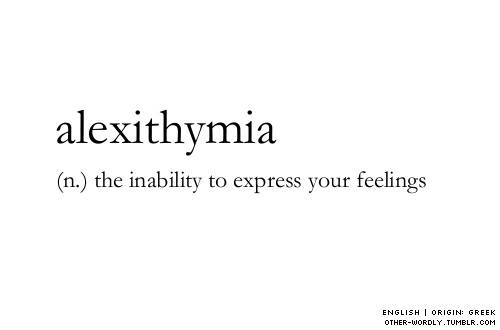 I’m starting to think that I am becoming infected by this ‘disease.’ :@

These days I have isolated myself from all the people (well, mostly school friends). Although this seemed quite alarming as I recently finished up with my exams and post-exam time is usually a time when we all go social and become extremely active in the numerous social networking site.

As per routine, I logged in to my Facebook and had been online for quite a long time. There were more than 20 people online however there was no one to talk to. My best friend was online but I had spent the whole day with her and it seemed kind of stupid to crack up another conversation with her.

So I got this strange idea (I get strange ideas all the time and usually in the spur of the moment i just go with them) to finally have a life without Facebook and so I deactivated my account just like that without a single warning.

I’ve been on Facebook for nearly two years and so far Facebook has done me no good other than providing me with updates on the city conditions and our school. As far as I can remember Facebook has only been kind enough weaken my relationship with my parents and create misunderstandings and what’s more been a nuisance for wasting my precious time which could be better spent doing other valuable things that might actually help me in the long run.

What I’ve realized from experience Facebook is nothing more than a waste of time and space. It’s best to be used for a limited amount of time and that too not on daily basis. The status updates which are meant to be helpful, informative, or maybe funny. Instead they are thy represent the daily routine or agenda of the user. It’s like people like to put their whole agenda on a billboard so people can exactly what they are doing at what time. They are other people who use status updates to express their grief and pour out all the tears of their broken heart. These are the statuses that are rather to seek attention or well maybe they just need people to care and that is where they are wrong. Dead wrong. People really don’t care who dumped them, or who they miss or who they love. People just merely like the status and maybe comment our of courtesy but in reality they forget about the moment they  scroll down to another status. So again, putting all your problems on display for all your friends, colleagues, and acquaintances to see won’t earn get you the help you need however you are displaying yourself as extremely vulnerable and weak.

And then there are the misunderstandings. Or rather opportunities at creating misunderstanding. I once nearly lost my friendship to my best-friend because some jealous girl had lied to me about him and that being a new friendship i believed her instantly. Being online has made it a lot easier to lie to people. I mean earlier your lies could be easily detected with the teeniest slip of tongue or a guilt-stricken facial expression. But now, over  chats and Facebook messages, as we don’t see each others faces or hear our voices, ultimately it has become easier to lie. I can not count the number of times people have lied to me straight to my face without a smallest bit of fear that i may find out. So, in the end I stopped trusting them and with time i trusting everybody even my own best-friend.

Then there are the people with two faces. The Facebook-face and Real-face. Some people seem to have a the courage to say it all on Facebook however when it comes to facing them in real life and not virtually they are unable to express themselves as clearly as on Facebook. Some people are so pathetically dependant on Facebook that they don’t even have the guts to talk to you straight on call. How childish is that.

And for some, popularity on Facebook is everything. It’s like if you get so many like on your pointless statuses and your creepy duck-face photos suddenly you are the coolest person on the planet. I mean seriously get a life. Like they all say, “Being popular on Facebook is like sitting on the cool table in the mental hospital.”

So in the end i find Facebook quite childish and well, two years i had been dying to get a Facebook account (I wasn’t allowed by my mom) and well, I wanted to know what it felt like (as if it was something really great -_-) but today at this point in my life, i wish with all my heart that my mom had been more strict and maybe just maybe I could be safe from this nuance. Well, there was still time so I went anti-Facebook and it’s turning out to be really great.

Its astounding how some people are so skilled in hiding their emotions that nobody, not even their closest friend can’t have a single clue to what’s going on in their lives.

Yesterday, at school my bestfriend left early. I was astonished to find out that the reason why she left was because her brother was sick. Now I know its not something to be so surprised about but up until then I had no idea she even had a brother. Turned out he was mentally unstable and yeah, that’s kind of reasonable as to why she didn’t talk about him. But he was really sick and she could’ve shown some sign of grief but she was the same happy-go-lucky girl. Today I called her up and asked her the matter, well her brother had passed away in the morning at ten. but the strange thing is that if I hadn’t called her up and asked her about this, she would’ve shown up on monday acting as if nothing would’ve happened and I wouldn’t even have a clue.

What I don’t understand is how do they do it. I mean, I’ve been through a lot of stuff and never have I once suppressed my feelings. I always have to let it all out be it on my friend or somebody completely unknown. I am not a person who keeps her feelings bottled up. I understand, everybody is different but how long can they go like this without expressing themselves? Sometimes, when there is nobody to comfort me, I cry. I let it all out through my tears. But still, even after doing that I need to talk to someone. How can they just be so hard on the inside that they can just go on without letting it all out?

People often say these people are the strong ones. No they aren’t. These are the people who are the most weak ones. They have this tendency to errupt anytime when it gets too much. And trust me, when they do errupt it’s not a beautiful sight.

I agree, you can’t tell all of your feelings to everybody but you should at least put some trust in someone. I believe in expressing. Because when you don’t, it stays inside you forever and bothers you for the rest of your life.

And also to those like me, try to understand the situations of others. Take this incident for example, up until then i believed my friend had a perfect life. She had everything and she was happy. We used to point it out to her that she was not a deep person because she had never felt pain like we did. Little did we knoe she had felt pain like none of us ever will. If a person is quiet and doesn’t tell you much about their problems then that doesn’t mean they don’t have any.

And in the end I would like to encourage all those who have it all bottled up, please express yourselves. Be it through talking to a friend, writing something down, crying or maybe even scream out loud if you have to. But please, express yourselves, it’s not healthy. 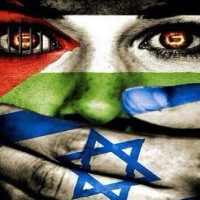 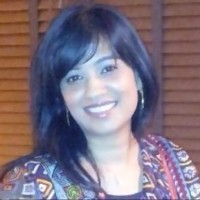